Home » About us » People » Board Members » Adamu Abdullahi 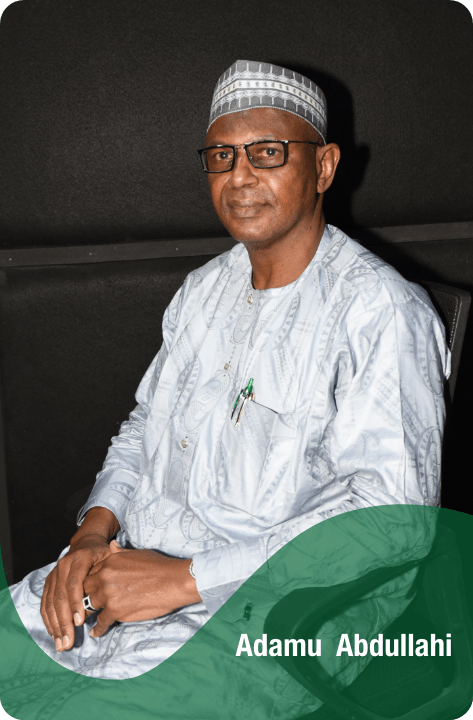 Alhaji Adamu Abdullahi holds a Doctor of Business Administration from St. Linus University, Philippines, a Masters in Transport and Logistics (Aviation Management) from St. Louis African University, Republic of Benin; a Master of Arts in Theatre Arts from the University of Jos, and a Bachelor of Fine Arts in Communication Arts, from the New York Institute of Technology, USA. He also holds an International Air Transport Association (IATA) Diploma in Civil Aviation Management; including an IATA Diploma in Airport Strategic Management. His academic accomplishments include an Interim Joint Matriculation Board (IJMB) Certificate from the Kano College of Arts & Science; a Division II result in the West African School Certificate (WASC) from Rumfa College, Kano, and a First School Leaving Certificate, from Tudun Wada Primary School, Kano.

Prior to his appointment by President Muhammadu Buhari, GCFR as an Executive Commissioner at the FCCPC, Alhaji Adamu Abdullahi was the Director, Consumer Protection, at the Nigerian Civil Aviation Authority (NCAA), a position he held until 2021.

WORK EXPERIENCE AND SERVICE TO NIGERIA

Over the last four decades, Alhaji Abdullahi has worked for some renowned organisations and establishments where he rose to occupy prominent positions. These include:

SERVICE TO AFRICA AND OTHER NATIONS

Alhaji Abdullahi has attended series of strategic courses that were primarily aimed at further advancing his professional career, some of which are:

As part of requirements for obtaining both Master of Art, in 1987, and Bachelor of Fine Arts in 1980, Alhaji Abdullahi wrote his theses on “The Confluence of Ritual and Drama in Bori Spirit Mediumship”, and on “25 Years of Television in Nigeria: A Case Study of the NTA”, respectively.

In 1981, he was honoured with the “Who’s Who Among Students in American Universities and Colleges” Award, and the “Centre Award in Communications Arts – Metro Centre (NYIT)”.